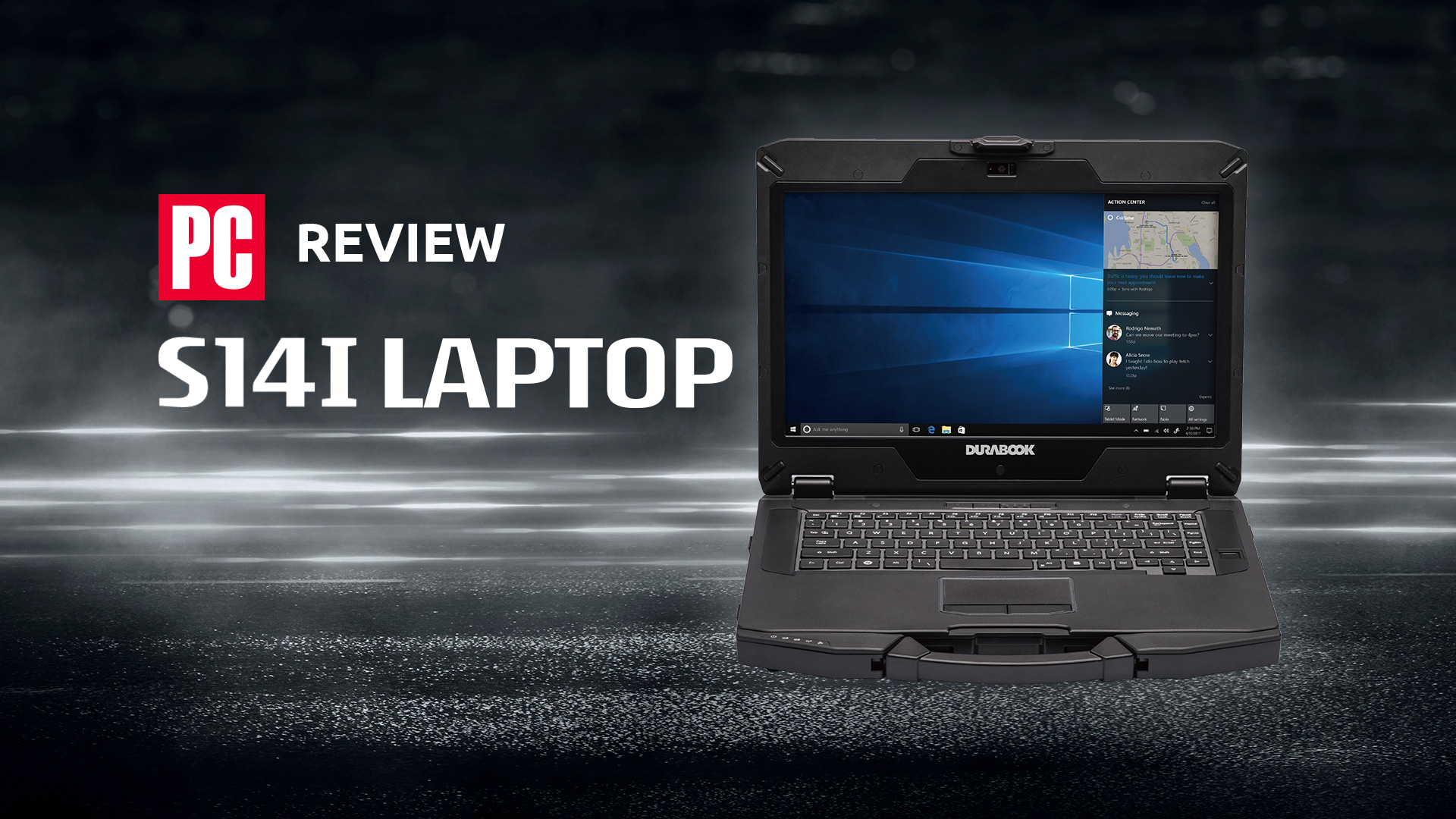 Buyers of rugged laptops, sturdy systems designed to be bolted to first responders‘ dashboards or dropped onto rocky ground, make a distinction between „semi-rugged“ and „fully rugged“ notebooks—machines rated to survive a fall of three feet versus six feet, say, or pouring rain versus a high-pressure hose. Its maker calls the Durabook S14I ($3,004 as tested) „one step above semi-rugged,“ meaning it’s not the most bulletproof laptop you can buy, but it’s still formidably tough, versatile, and well-equipped. The S14I hits a sweet spot for users whose work takes them (and their gear) into harm’s way. The only thing keeping it from an Editors‘ Choice award is its mediocre battery life. You’ll definitely want to fill its modular bay with the available second battery pack instead of the DVD drive found in our test unit.

May Experience Some Turbulence

The Durabook S14I (technically S14I-G2, to differentiate it from a predecessor with 8th Generation instead of 11th Generation Intel processors) is built to withstand a drop of four feet, one foot more than two rival 14-inch laptops for field workers, the Dell Latitude 5424 Rugged and the Panasonic Toughbook 55. Its IP53 ingress protection rating means it’s secure against dust and sprays of water, but not pressurized jets or immersion. (See our guide to what these ratings mean.)

Can You Beat This Laptop?

As usual with borrowed review units, I didn’t abuse the S14I to the absolute limits of its endurance, but I did knock it from my lap to a carpeted floor (a fall of about two feet) while in use and dropped it from three to four feet, both open and closed, a few times. One of the side doors popped open a couple of times, but nothing untoward happened. I also gave it a soaking under the kitchen faucet, which didn’t faze it.

At the top of the keyboard, along with the power button, are two customizable buttons, which by default toggle stealth mode (turning off the screen backlight, LEDs, and speakers) and cycle through touch-screen modes, depending on whether you’re using the stylus, gloves, or your finger, or are dealing with a wet display.

The stiff keyboard offers dedicated Home, End, Page Up, and Page Down keys, though the Delete key is on the bottom row instead of in the top right corner where it belongs and the cursor arrow keys are in an odd T instead of the usual inverted T formation. (The down, not up, arrow is the one set apart from the other three.) The two-button touchpad is too small and, like some others on rugged laptops that are engineered to be compatible with gloved fingers, sometimes skipped or ignored the touch of a bare hand.

Rated at 1,000 nits of brightness, the 1080p touch screen is readable in outdoor sunlight and actually too bright or washed out if turned all the way up indoors—75% brightness is fine and even 50% is perfectly usable. Colors are fair if not really vivid, viewing angles are broad, and fine details are sharp. I could have used a bit more contrast.

The webcam offers sharper 1080p instead of the usual, marginal 720p resolution; it captures relatively well-lit and colorful images with a bit of noise or static. The S14I’s audio is about the weakest I’ve heard, though, from a laptop: flat, tinny, and awfully quiet even at max volume. There’s no hint of bass, and you can’t hear overlapping tracks. Durabook keeps its systems free of bloatware and backs them with a three-year warranty.

Though expensive, the Durabook S14I costs significantly less than fully rugged laptops while being almost as resistant to drops, weather, and damage. Again, with better battery life (and maybe better sound) it would have earned Editors‘ Choice honors. Even as is, it deserves a place on outdoor and factory-floor workers‘ short lists.

Technically a semi-rugged laptop, the Durabook S14I survives almost as much torture as fully rugged units. Field workers and first responders should be well satisfied, as long as they invest in its optional second battery.

READ THE FULL REVIEW ON PCMAG